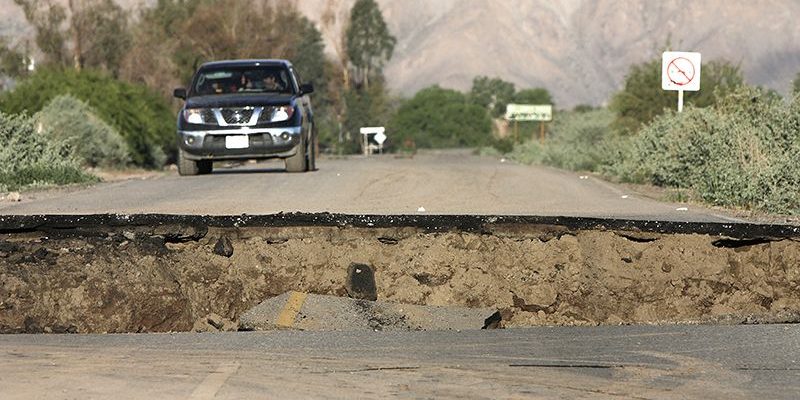 In between the massive ones, experts say that millions of minor and undetected earthquakes shake the Earth. A recent study exposed those concealed ones in Southern California. After this, the number of detected earthquakes has increased by tenfold in this part of the USA. This discovery could easily change everything we know about temblors and how they arise below ground. Apart from this, it could change our perception of how they occur and interact with each other.

What’s more, researches resorted to using a method called “template matching” in order to extract the complete archive of earthquakes. Different instruments and seismometers recorded this data in a span of 9 years — from 2008 and 2017. They were particularly interested in finding those quakes of small magnitude. The main reason is the fact that their signals were so weak that they could not be isolated from noise. And the final results increased the number of earthquakes in this region to 1.8 million.

Furthermore, statistical analyses which would utilize these new details could assist scientists in detecting seismic activity which had not been discovered beforehand. Emily Brodsky, a seismologist at the University of California, stated that no one could prepare statistics with limited numbers. And Brodsky says that tiny quakes are as useful as fruit flies. She describes them as tiny but precious laboratory model organisms. Also, she claims that it is important to differentiate strong quakes from those that happen by chance. In fact, one of the prevailing issues in earthquake studies is the act of separating the two.

The El Mayor-Cucapah earthquake triggered a number of aftershocks back in 2010. It affected a greater part of Earth. Its epicenter was Baja California. However, experts did not know the extent of its effect back then. The original data indicated that aftershocks were present about 175 kilometers from the epicenter. But a new, in-depth analysis shows a different thing.

According to it, tiny quakes got as far as 275 kilometers from the epicenter. And the main shock triggered them. These new records expanded the number of aftershocks to 142%. Moreover, this indicates that earthquakes do not interact only by altering the stress on near faults. There are some different subtle shifts. For instance, they change fluid pressure that is close to the fault zone. This can determine how one earthquake sets off another.

For a long time, researchers have been certain that minor temblors exist. In a 1944 study, experts examined a strange relationship between earthquake frequencies and magnitudes. The research concludes the following: as magnitude increases by one unit, the frequency of quakes decreases 10 times. Based on this, we would surmise that the majority of earthquakes are minor. At times, it is even difficult to differentiate them from those sources of shaking which seismometers detect.

The study co-author Zachary Ross said that these instruments were delicate and sensitive. He explained that they recorded everything — vehicles, air traffic, trains, construction vibrations, and ocean noises. All of this creates waves which have similar amplitudes to those of earthquakes. And their magnitudes are slightly above zero.

Additionally, template matching came to be 15 years ago. Its goal is to distinguish the quake signals from everyday noise. So researchers first look into the existing information about a massive quake that happened in a particular fault zone. Then they conclude that a specific quake causes a sequence of wiggles. After this, a seismometer records them and establishes that they usually fall into the same pattern.

To be specific, the rocks alter them in a particular way as they pass them below ground. So if a second earthquake happens on the same site, it will follow the identical pattern. This is regardless of its size.

Ross adds that they search for the same waveform. Admittedly, past studies have not relied on this template matching technique as much. For instance, they would only detect small aftershocks. However, the new research will be the first to go over a complete regional seismic database. And it took them three years for the computationally intensive project. Nevertheless, Ross believes that it is worth it. To illustrate, the new report looks into gaps between larger earthquakes. They explain how these events are related.

Also, Ross said that they were finally putting an end to the story which highlighted the interactions between the two events. Not only did they pay attention to how quakes might gather in time and space, but they also observed the small foreshocks that preceded them. This might be enough for them to understand how a temblor is born.

Brodsky thinks that the discovery of this hidden information could exert a major impact. It could help us connect human activities to quakes. For instance, they mentioned the magnitude 5.5 one which happened in South Korea. A panel of experts concluded that a geothermal plant injecting water underground triggered it.

Lastly, she noted that every debate regarding whether something was human-induced or not depended on location and timing. Brodsky thinks that, more often than not, there is a delay. Thus, it is only natural that timing is then ambiguous. If researchers determine that a delay between a big temblor and human activities is riddled with small quakes, then this could change everything.

Previous: Amazon Is Working on a Device That Can Detect Human Emotions
Next: Scientists Redefine the Kilogram