Skip to the content
Home » Life » San Jose: The Opening of a Big Apple Store at Westfield Valley Fair Mall 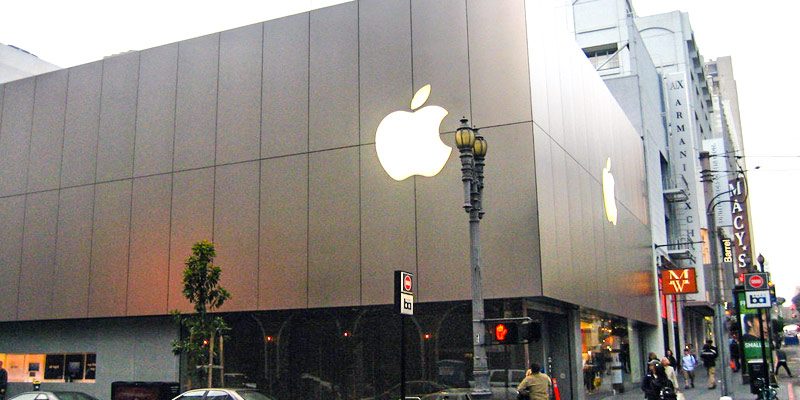 San Jose, California — As claimed by the principal owner of Westfield Valley Fair mall in their public announcement, Apple is planning to expand its business and open a store in the section of the shopping center that has been under construction.

The expansion of Valley Fair will include more than 150 stores in the shopping center, as claimed by the developer, owner, and operator of the mall, Unibail-Rodamco-Westfield, in the company’s post.

Apple appears to be among the latest significant leases, judging by the public filing of the commercial real estate company based in Paris, France.

As stated in the filing, Unibail-Rodamco-Westfield included a new two-level Apple store in their shopping center. The indoor/outdoor place will have a magnificent facade overlooking the new dining area located outside.

According to the description of the location, Apple’s retail outlet will be in the vicinity of what is likely to be an impressive new restaurant for the expansion section of the mall. The said filing was published in accordance with the financial results for 2018 for the operator and owner of the mall.

According to the post published by Unibail-Rodamco-Westfield on the mall’s development page, the modern new dining section in which the food will be cooked by some award-winning chefs will become a unique destination that features hospitable seating areas, a shade of trees, terraces, and fountains that include fire elements.

The owner of the shopping center also stated that the Apple store is a significant part of the expansion area.

While commenting on the project, Unibail-Rodamco-Westfield said that the construction of the extension area is going according to the plan. The existing center was renovated in October 2018, and the ShowPlace ICON Theater opened on January 18, 2019. The new Apple store will be the base of the extension.

The Apple store based in Cupertino is already the operator of the one in the Valley Fair mall, but it was not clear at first whether the small shop would keep operating when the new, bigger one was opened. According to Apple, no official announcements regarding the matter have been made.

As claimed by the principal executive with Meacham Oppenheimer, a commercial real estate company which specializes in the retail market, David Taxin, the new Apple shop will probably enhance both the mall and the commercial areas in the vicinity.

Taxin said that Apple was a synonym for technology and that the store that was about to be opened would hold the latest and the best products. He added that it would be pretty cool.

The announced store is going to be a flagship one. The locations of the current Apple’s flagship stores in the Bay Area are the famous Union Square retail district in San Francisco, Palo Alto, as well as Walnut Creek’s Broadway Plaza center.

The one in San Francisco includes: “The Avenue,” featuring shifting window displays, “Genius Groove,” a section that enables customers to work along with Apple geniuses under a shade of trees, “The Forum,” a meeting place that holds a video wall, and “Today at Apple.” “The Plaza,” is available 24/7, which offers public Wi-Fi and accommodation and hosts local artists’ weekend performances and “The Boardroom,” is where the Apple’s business team provides courses and advice for businessmen, developers, and customers who have similar needs.

The progressively busy downtown San Jose area and the possibility for continuous development in the middle of the city between the malls and the downtown area may have been some of the reasons for opening the store at Valley Fair mall.

According to Unibail-Rodamco-Westfield, sales at Valley Fair mall continue to expand in spite of the disturbance the renovation and the construction activities cause.

Unibail-Rodamco-Westfield stated that the mall’s 2018 sales growth complements its performance, even while being under construction. The company also said that the sales had gone up by 4% during the previous year.

Previous: Although the City of Los Angeles May Seem Frightening, We Have to Tell Fear and Facts Apart
Next: The Effects of Climate Change: A Man’s Struggle to Save a Tree in California