Skip to the content
Home » Life » The Effects of Climate Change: A Man’s Struggle to Save a Tree in California 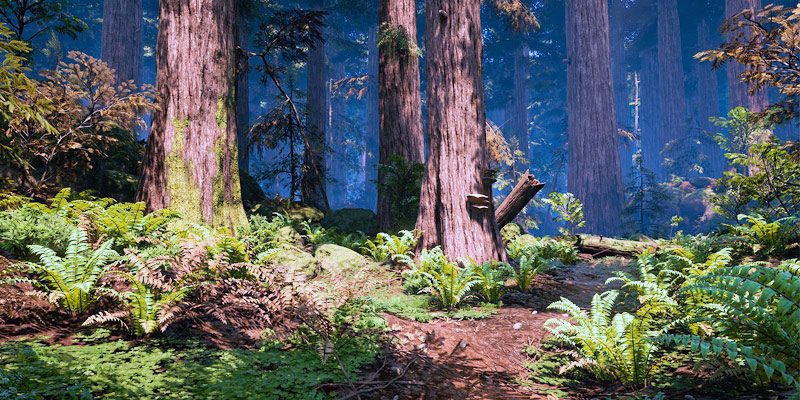 Seeing the consequences of a 2002 wildfire in San Diego, California, Cody Petterson made a decision to replant the trees.

During his childhood, he was happy to play and walk among those imposing firs that offer shelter to animals such as black-tailed deer and black bears. By the time he turned 37, he wished to contribute to the protection and preservation of the land.

However, during the six-year period since he started, the state of California has suffered grave drought, which, in scientists’ opinion, is closely connected to global warming. As a result, 650 of the 750 seedlings that Cody had planted died. Cody’s post on social media regarding his emotions in terms of his dying plants on Earth Day, in April, caused many people to feel sympathetic towards him.

As he wrote in his post, he feels hopeless about the world he has known and loved when he recalls all the time, energy, love, concern, faith, and hope he has invested in that forest.

According to the statement made by the U.N. last week, a million species are threatened by extinction due to human activity. Nature diminishes faster than ever before.

The effects of global warming in California are ever-present. Temperatures measured in the last several years are record-breaking. As a result, springs begin earlier, and rainfall is not as reliable as it used to be.

The Bigcone Douglas-fir which Cody planted is domestic to the south of California. It grows only within that state. Unfortunately, its time in San Diego is approaching its end, according to experts.

It is likely to move to higher elevations where the level of humidity is higher.

According to Michael Kauffmann, an ecologist who observed and located the Bigcone Douglas-fir for the U.S. Forest Service, this species is an early sign of the effects of global warming. The fact that the tree has been diminishing in San Diego foreshadows the next half a century at least.

From Cody’s perspective, such a result after years of hard work on his 300 acres (1.2 sq km) of land on the territory of the Volcan Mountains is disappointing. This is understandable when you consider the fact he is an environmentalist as well as an anthropologist.

The Struggle of One Man

When he and his wife bought the land in 2013, he learned that the seed bank of the trees had been destroyed during the 2002 fire as well. This presented a challenge on its own as the firs cannot recover alone. Once he managed to secure government funding, he began the struggle with the goal of replanting the forest.

According to what Cody told BBC News, he gathered all the information regarding botany, ecology, soil, and reforestation. He also collected everything needed for the process, such as seeds, acorns, and cones.

He said that he had put bags of seeds in different stages in the refrigerator in spite of his wife’s annoyance. He added that he had kept the seedlings in pots in his backyard.

He started planting the seedlings in the mountain range.

Cody was learning during the process which lasted several years. According to his own experience, the seedlings baked both in the open sun and in the shade.

He even built cages to protect young plants from being eaten by rabbits and squirrels.

The drought in California lasted December 2011 through March 2019, as claimed by the US Drought Monitor. He was planting and watering across the vast area every fifteen days to three weeks.

He explained that winter rains could not make up for the absence of melting snow. The month of October is critical. The second half of 2017 was the driest one according to the records.

Cody said that he had planted and lost countless trees. However, he claimed that he was able to recall witnessing each one of them dying.

According to scientists, global warming has resulted in shorter winters in Californian snowy mountains.

He continued to speak about the lower elevations. Due to them drying out because of climate change, trees like Bigcone Douglas-fir cannot survive.

There are other elements that are also factors in climate modifications in the area.

Grasses which spread quickly steal nutrients, sunlight, and moisture from the domestic species. Frequent wildfires are also a reason to be concerned about forests.

U.S. Forest Service states that although the Bigcone Douglas-fir is able to recover after being burnt, it cannot stand intense fires.

Faced with facts, Cody says he has become aware of the fact that his dream of growing a new forest of Bigcone Douglas-firs will not come true. However, he does not know how to break the truth to his children, a three-year-old and a six-year-old.

He remembered the photo he had taken with his children in front of his seedlings. Cody has no way of telling them that their favorite trees have no place to grow.

Although Cody has turned to environmental activism, he has not forgotten his dream.

This time, however, he is focusing on a different fir, that is also domestic to California but more tolerant to drought — the Coulter pine.

Previous: San Jose: The Opening of a Big Apple Store at Westfield Valley Fair Mall
Next: Two African Lions Die at Zoos in California, According to Officials